Scotland A Land of Heroes 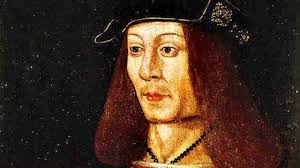 One of the advantages of taking a “Road Scholar” tour is the quality of the guides. You learn so much about the areas you are visiting. We have been blessed with a wonderful Scottish guide named, Robin McGregor. He has been just fabulous and we have come to understand “just a wee bit” of Scotland through his excellence guidance.

This is a land rich in heroes from what I have learned. Men and women that represent some of the best. These are people of strong character. They were good stewards of the lands and of the people. The would go the distance and do whatever it takes to serve the common good. A clan chief was a steward of the lands for his clan and they served him with loyalty and knew he looked out for their good. A number of the kings of Scotland that ruled their nation with great justice and Scotland prospered under their leadership.

But, alas the strong energy to rule or be the one who rules does eventually result in some very tough and difficult times and Scotland sure has that history as well! The clan warfare and the their struggles with England are truly epic stories of struggle and triumph. You can’t make this stuff up even.

So we are now rapidly heading to the end of our visit to Scotland. I can say, very honestly, I truly respect and appreciate this great land and people.

P.S. The image above is of King James IV of Scotland one of the last kings of Scotland to speak Gaelic.

Photograph of the Week

We got to enjoy of wonderful boat ride down, Loch Sheil, one the lochs in the Highlands of Scotland. A loch is body of water surrounded by land on at least three sides. In the Highlands they have very tall mountains surrounding them.

The photography was taken from the boat of a glen (valley looking to the West, I believe it is in the Moidart region).