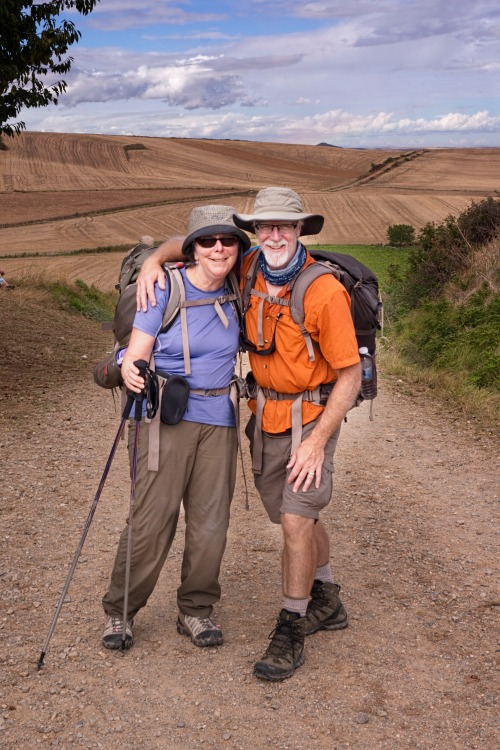 When I first heard about the Camino De Santiago, I was amazed that people could walk a total of 500 miles. I have to admit I was intimidated by the total length of this walk and yet in the end, Terri and I completed it by the “small step” approach. This approach is called the “Kaizen small step approach”, and it works by disarming the brain’s fear response for large change or big overwhelming problems. Terri and I just focused on the small steps along the way rather than thinking about the magnitude of what we were facing, 500 miles of walking.

Terri and I recently faced another challenging and difficult task this past summer. A friend of ours who is homeless, and had recently lost his son to suicide, came to live with us for a few weeks as we tried to help him during this most tragic time in his life.

Neither Terri or I, fully realized what we were undertaking. It put a lot of stress on us but to make a long story short, we were successful in helping him through this tough time and helping him to find some temporary housing. There is still a long road ahead for him but we did it through the small step approach. We decided to not try and help him solve all his many problems and issues all at once but to simply take “small steps”. If we saw one small step we could help him with that is what we did for him. Maybe one day it was helping him get some new glasses, the next day it be simply sharing with him some clothing he needed. Through it all, we built up a stronger relationship as well. He has been so grateful for everything all the help we provided. As Mother Teresa said,

“Not all of us can do great things. But we can do small things with great love.”

We are built for relationships, we foster and grow relationships by serving and helping each other and we can do it by taking one loving step at a time!

Blessings and all good,

Photograph of the Week

This image was created earlier this summer, during a trip to Orcas Island, to attend a wedding. We were cruising around the island and I noticed this cool small country road with trees overhanging. I turned the car around and captured the original image, with the idea in mind, I wanted to see what I might draw out of it in the post processing. I think it came out quite well, too!